Our friends at 4and20million have kindly written this blog post in order to share their thoughts on the power of belonging to a team. Based in Manchester, 4and20million are Alex Heywood, Dan McNicholas and Josie Saville – who passionately believe that any business can be made better through a clear vision, inspiring company culture, brilliant leadership and thoughtful, considered work. Read their thoughts on teamwork, belonging and getting the most out of your employees below. 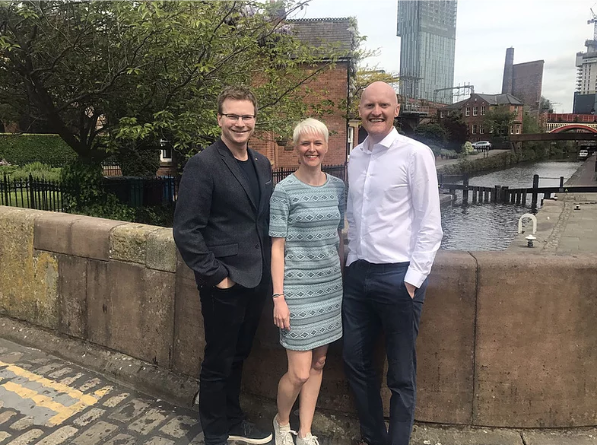 We All Want To Belong

At some point in our lives, the majority of us have experienced the dreaded “team selection” moment. It most likely happened while you were at school but the feelings it conjured up in you are probably easy to recollect. Standing in a line, heart pounding, palms sweating, trying desperately to think about something else and pretend that you weren’t bothered. And here’s the thing; even if you genuinely weren’t bothered which rounders team you ended up on, you will still have reacted in the same way. We will all have breathed a sigh of relief as we heard our name and ran from the bleakness of the ‘unselected line’ to join the warmth of the pack.

The reason none of us can relax during the selection process is that human beings are hardwired to belong. It’s in our biology to desperately crave being picked for the team. Our brains haven’t changed biologically in the last 50,000 years and it still thinks we are living out on the savannah, facing the same dangers as those faced by our ancestors. Out there, being picked for the team was literally a matter of life or death. If you were left out, your chances of surviving were pretty bleak.

And so to keep us alive, Mother Nature has wired our brains to be completely obsessed with the need to belong. This obsession originates in a structure deep in the core of the brain, called the amygdala. Subconsciously, we are constantly watching and monitoring everyone around us to understand if we are connected to them and can feel safe. All the time. We are literally obsessed with preserving our own safety without even consciously realising it.

Our brains haven’t changed. However, the threats that trigger the amygdala have changed beyond recognition.

50,000 years ago our brains were scanning the environment for an attack from a sabre-tooth tiger. Today, we rarely face such predatory dangers. Our brains, however, don’t make the distinction between a real threat to our survival and our more mundane, modern, everyday fears. A conflict with a colleague, a difficult deadline, a dissatisfied client, or an imposing workload can all cause our amygdala to trigger – causing the reaction in our bodies we felt standing in the ‘selection line’. In that moment, the amygdala senses that were are vulnerable and so it triggers a chemical reaction in our body to help us face the danger ahead. Adrenaline is released to make us stronger and more focused. Parts of our brain are instructed to shut down to enhance our focus on the immediate and present danger in front of us. As a result, we stop thinking calmly. This is all beyond our control. It’s our survival instinct.

We have no say in the matter.

It’s Not About Words

It’s also fascinating to remember that modern society is a relatively recent phenomenon. We really haven’t been here long.

For hundreds of thousands of years, before language evolved, Homo Sapiens needed ways to develop tribe cohesion because we depended so much on each other. We literally couldn’t survive alone. We used signals long before we used language. As such,  our unconscious brains are finely attuned and highly vigilant of the signals and behaviours of the people around us.

The Biological Foundation of a High Performing Team

In today’s world, the ability to work as part of a team is crucial – (side note: steer clear of a CV in which omits any reference to being a team player).

The whole point of a team is to bring a group of people together, to combine their strengths and use their skills in a complementary way. The best teams become greater than the sum of their parts. But few teams end up achieving this. And here’s the thing I think most of us miss. No team can perform well until all members feel safe.

When we are at work, sat in a team, trying to solve a problem together, we think that we are using all of our brain power to concentrate on the task. But in most team dynamics, this couldn’t be further from the truth. 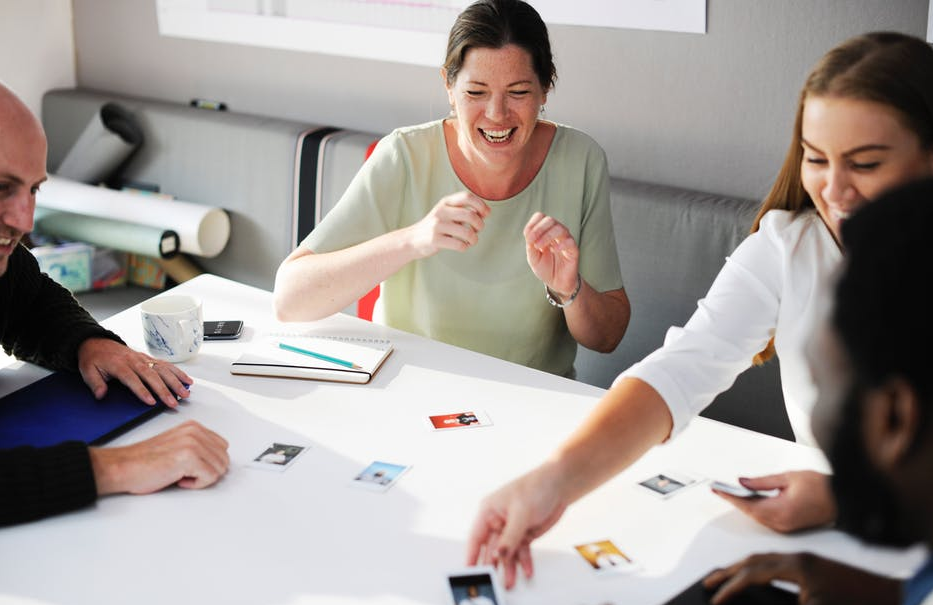 Amy Edmondson, a Harvard professor who studies psychological safety, brilliantly articulates how companies need to understand how we are wired and think about the environment that needs to be created in order for a team of people to thrive together:

“We have a place in our brains that’s always worried about what people think of us, especially people more senior than us. As far as our brain is concerned, if our social system rejects us, we could die. Given that our sense of danger is so natural and automatic, companies have to do some pretty special things to overcome that natural trigger.”

We’ve established that to get the most out of people, to ensure that they are using their brain power to think about the work task (rather than the security of their place within the team), we need to show their amygdala that all is well. No danger is lurking. We need to show members of the team that they are safe. They belong. Here is a safe place to give your full effort and concentration.

The good news is that we can make the people around us feel safe through small behavioural signals. Remember how our ancestors thrived in tribes long before language became commonly used. Our brain isn’t looking to be told we are safe, it’s looking to be shown we are safe. A small belonging signal can have a huge effect on an individual’s performance.

The bad news is that a mere hint of belonging is not enough. Remember, we are obsessed with this stuff. We are wired to require lots of signalling, over and over. If our brains processed safety logically, we would not need this steady reminding. But our brains did not emerge from millions of years of natural selection because they process safety logically. They emerged because they are obsessively on the lookout for danger.

But this bad news is not really so bad. Once you understand the need to make people feel safe, you can start to think about and make some simple changes to your everyday behaviour.

In his brilliant book, “The Culture Code”, Daniel Coyle explains the 3 basic qualities of belonging cues:

By incorporating these 3 qualities into your own behaviour, you will let the individuals around you know that they can stop worrying about dangers and shift instead to feel connected and engaged with the team and the task.

The Power Of a Personalised Fleece 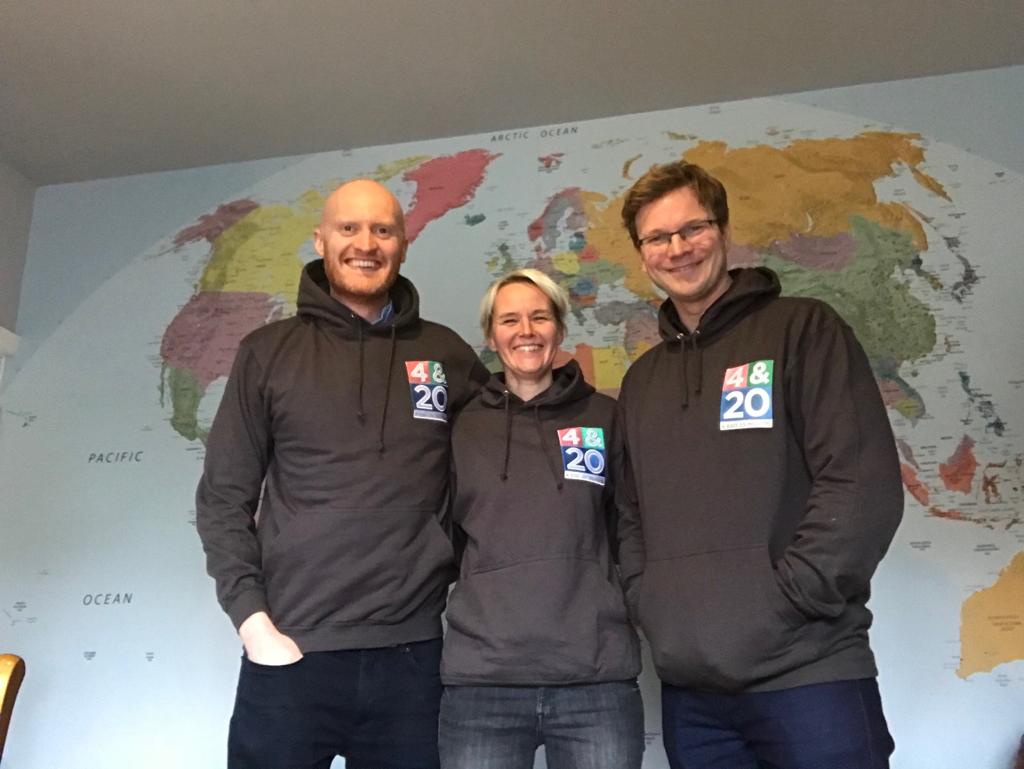 Dan, Josie and Alex from the 4and20million team in their personalised AWDis College Hoodies

In his book “Alive at Work”, Daniel Cable recounts an experiment he worked on which demonstrates the powerful impact these small belonging cues can have.

WIPRO is a call centre based in Bangalore, India. It treats its employees well, with competitive salaries, high-quality facilities, provision of good food and social activities. But it faced high churn rates with 50-70% of its staff leaving each year. The leaders initially tried to fix things by increasing incentives. They boosted salaries, added perks and won awards as a top employer in India. None of them helped.

So they looked for help in a different field – and invited Daniel Cable, along with his research colleagues Bradley Staats and Francesco Gino, to help them. They decided to experiment with the next batch of new starters, to see if they could make a difference from the start.

In the experiment, several hundred new hires were divided into 3 groups:

One of the researchers, Bradley Staats, didn’t expect the experiment to show much. He took a pragmatic view that WIPRO’s churn rates were in-line with the industry average and this was just something WIPRO should accept. He couldn’t see how a one-hour intervention could have a long term impact.

“I was pretty sure that our experiment was going to show a small effect if anything at all,” said Staats. “I saw the onboarding process in rational, transactional, informational terms. You show up at a new job on the first day, and there’s a straightforward process where you learn how to act, how to behave, and that’s all there is to it.”

Seven months later the numbers came in and Staats was, as he put it, “completely shocked.” New hires from Group 2 (with their named fleeces) were 250% more likely to still be working at WIPRO and they were out-performing their peers, delivering a customer satisfaction score 11% higher. By incorporating several belonging cues into the hour of training on day one, they transformed Group 2’s relationship with WIPRO, enabling them to feel engaged on a far deeper level. The signals that Group 2 received didn’t take much time or effort to deliver, but they made a huge difference because they created a foundation of psychological safety that built connection and identity.

Seemingly small changes can have a disproportionately large impact on your organisation. Providing a stream of simple, constant messages – visual and otherwise – to reinforce safety can create an environment in which people can focus on contributing more fully to their company.

Simply put – humans are better together. And they are best together when they feel safe.

By understanding the sheer power of making your team feel safe and connected, you can create a culture of belonging that enables you all to be brilliant together.

4and20million are on a mission to change the way we work.

We help businesses get the most out of their people.

We help people get the most out of their jobs.

We have a range of products to make this happen, tailored to each organisation we work with.

We measure the impact of our work over time.

And we’re in for the long haul.